Hey Everyone this is Bena!

Sorry it's been so long for me to get on this blog. It's been pretty non-stop here. I've been loving it here in the motherland. I've known this is my home since I first felt the soil, or when I played “Circle of Life” on my phone as we drove through the Murchison's fall game park, looking at giraffes, and elephants. Such an unforgettable experience!

There's an amazing homely feeling about this place. The people greet you on the street, even when you have never met them before. You have to come!
The other day I fulfilled a lifelong dream- to be the only white person in a church. It was amazing! So happy. One of the proudest sayings i've conquered in the local language is “comma moonoo, chwinya ochol” (I have no idea if that's how you spell it) which means “my skin is white, but in my heart, i'm a black man” the locals laugh at me, but I know they know it's true.

We've got 10 days til we drive back to the airport and commence our return journey, but i've been so impacted by what I've already seen. Particularly things that have impacted me are the land, the people and the culture, along with the economic, political, personal and health struggles the Ugandan people are facing.

The land is so fertile, bright red soil bursting in green crops. Even flying in the plane, I was amazed at the density of forests and green plains that cover the continent. It's sad that the land cannot be used to its full capacity. When you drive through Australian outback, you see acres upon acres of a crop being produced on a mass scale to be transported, and used nationally, or internationally- which is a great economy booster. When you drive through Africa, all you see either jungle, or small plots of family land usually growing a range of crops which sustains that small house hold with mostly everything it needs. People don't really look out to the national benefit, they are so much into micro-communities that large scale money-producing production lines are nearly non existent in this nation. 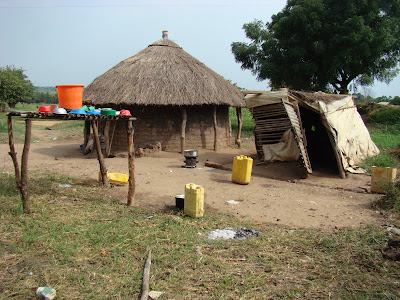 The culture is a resilient, yet short-sighted culture. You can't talk to a Ugandan and not be blown away by their story: the low living standards, along with their contrasting resilient and joyful spirit. It has blown me away that they have nothing yet their posture towards life and God is one of thankfulness, and joy. We have more than enough, yet our posture towards life and God can often be one of regret, anxiety, or anger. They have such a beautiful communal culture, people are always willing to walk you to wherever you're going, or stop to say hi. However this nation needs a cultural revolution that looks above the immediate environment and instils values of productivity, and growth.

A core issue in the poor economic state of this nation is its political state. I hear stories of millions of dollars being poured into military supplies, or into the luxurious lives of a few political leaders that have control of the nations funds. The government here is incompetent, greedy, corrupt, manipulative, and rich. And frankly they're responsible for countless deaths in this nation to malnutrition and preventable diseases. It's so discouraging when you try to help people out here with their financial problems, $10 at a time, and see the distance that that money can travel over here, then to find out the millions of dollars of government money that is being used in such a greedy way. I just wish we could get the Australian government to run this place!

This trip has been a major experience in terms of medical education. Everyday here, I'm exposed to a child who's sicker than any child I've seen in my 2 yrs of medical exposure in Australia. The health professionals here laughed when I told them in 2yrs in a 500 bed hospital in Brisbane, i'd never seen a case of malaria, or measles, or childhood AIDS. In Uganda, It's just an every day occurrence to see a child in hospital having seizures from meningitis, or malaria, or seeing a 3yr old who doesn't know how to crawl because of a continuous onslaught of serious illness, and malnutrition since birth. In the 11 days of clinical experience here, I've seen a child die of malnutrition, many children with HIV and TB. I've assisted in 3 Caesarian sections, 3 laparotomies, an amputation, 3 or so hernia repairs, a circumcision, and 2 keloid scar removals. I've seen countless cases of malaria, meningitis, pneumonia, sepsis, horrific burns and a lot more. The other day I was elbow deep in a man's abdomen looking for the cause of his intestinal obstruction- amazed at the experience this was, and I thought to myself- “i should do a whole year of this”. That's a dream, that maybe is not feasible right now, but God is definitely placing Africa and medicine more and more in my heart.

Along with a lot of other things, the state of the medical system in this country is shocking. St Joseph's is a 300 bed hospital, and they don't have a single ECG (a heart monitor) in the whole hospital, which essentially means they can't diagnose a heart attack. And in the 30million population of uganda, they have one CT scanner, and one MRI machine in the whole country. And they only work when the power's on! The doctors get paid between AUD$5,000 and AU$8,000 a year nurses even less. So as you can imagine, the staff are not motivated, and the health system is being stretched in all directions. The hospital costs $90,000 to run per month including wages (rediculously cheap- considering I've sat through a single 2hr operation that costs $20,000 in Australia). All of the funds come from international support, because the government is impotent, and is robbing this people of their right to health. It's so frustrating. If you're looking for a place of need to give to, give to African hospitals! (ask me how)
An example from today in the surgical ward- right now there is a 40yr old man in a coma after an injury 2 weeks ago, and the closest CT scanner is 8 hrs drive away, and costs an average Ugandan monthly wage. So there's nothing they can do unless they want to drill random holes in his skull hoping to relieve the pressure on his brain. So they're just waiting for him to either recover or die in his own strength. The majority of drugs we have the luxury of using in Australia are not available here in Uganda, the diagnostic, and treatment tools are also not available. They don't even have ventolin puffers here! It's just a never ending up-hill battle of trying to meet an overwhelming need with a insufficient human, financial, and medical resource. So suffering is just a way of life here. It's pretty hard to see, but seeing is better than ignorance.


After all that, I want to say thank you!
We so appreciate the prayers coming from Australia, and all around the world more than you can know- It makes such a difference knowing we have spiritual support in our time over here. There is definitely an obvious spiritual component to what we're doing. And the spiritual warfare is very real here. So thank you so much. Please continue praying for physical, mental, emotional, and spiritual strength for the whole team, as well as unity and success in our endeavours. Prayer makes the world go round! So thank you! 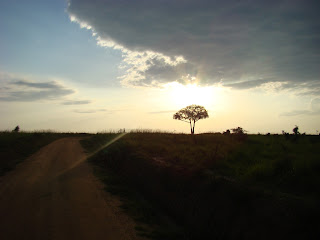 For me, I'm learning a lot. Being here is revealing more of what it is to be human, and what it is to be a christian. It's also revealing more of God's heart to me. To see that people here are thankful even though they are struggling. It's a big lesson to learn- that absence of 'stuff' is not absence of God's love, provision, or goodness. His love, provision and goodness is not measured in my state of wealth, it's in his character, and who He is, and who He's proven himself to be throughout the centuries. It poses the question, what am I thanking God for, and what would I thank Him for if all my material possessions and comforts were pulled away. It makes me see more into what Paul said to the Philippians: “ I've learned by now to be quite content whatever my circumstances. I'm just as happy with little as with much, with much as with little. I've found the recipe for being happy whether full or hungry, hands full or hands empty. Whatever I have, wherever I am, I can make it through anything in the one who makes me who I am.”

It has been an amazing 2½ weeks here in Kitgum, and I'm really looking forward to the next 1½ weeks!
Thanks again for your support and prayer!